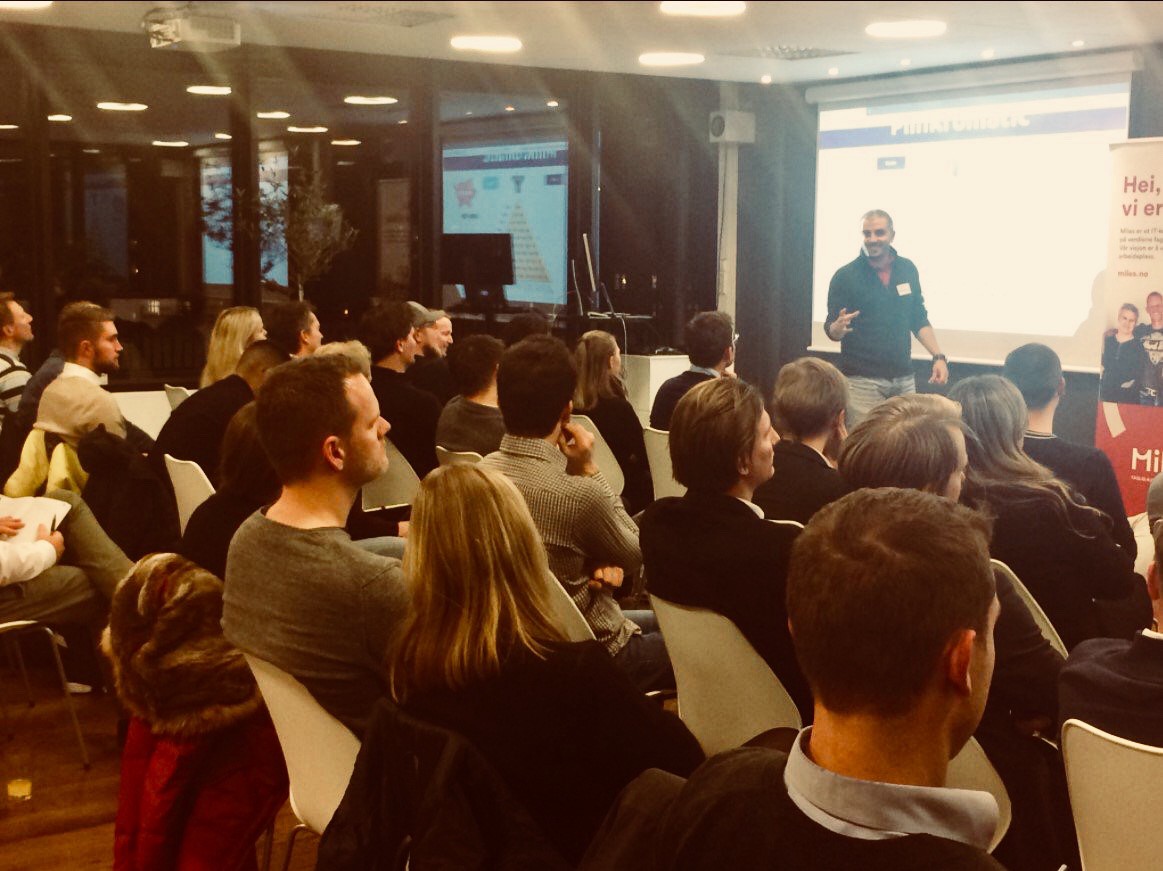 It’s always fun to do community workshops — the last one I’ve done was for Lean Startup Norway in Oslo. I believe in the power of the collective knowledge, hence these workshops are a great source of learning for me as they are for the participants.

Vegard and Bruno asked me to talk about governance for corporate innovation. Not just governance in general but specifically the design of governance systems. They told me that the 60+ participants that were to attend that night wanted to know more about when should ideas be ‘killed’. How many ‘gates’ should a good governance system have. And other topics along these lines.

Preferring experiential learning over the theoretical one — for this event — I decided to use a modified version of the plinko game. This new take on plinko was created together with Tristan Kromer, Megan Kennedy, Josh Berry and Will Dages. The game is designed to exemplifying how innovation management works and the importance of a governance system. The game’s objective is straightforward: increase the ROI.

Here are the lessons draw from the community workshop in Oslo:

1. Stop ideas before they eat up too much budget. It’s better to ‘kill’ projects early on if there is evidence they are heading in the ‘wrong direction’. Stopping a project too late will result in too much budget being sucked by that project. Budget that can be used to finance another ideas. Behavioral scientist warn that if ideas are not being stopped on time there is the risk of the sunken cost fallacy to settle in.

2. Lower the (initial) cost of innovation. Basically, if the odds of success are the same it’s better to place multiple inexpensive bets than fewer expensive ones.

3. Increase the number of ideas in the pipeline (this complements #2).Innovation is a numbers game; startup accelerators and VCs know this better than anyone. There is a less than 2% chance for a company to become an ‘unicorn’. And, since corporate growth is measured in percentage not in finite numbers, for the needle to move, a F500 company needs to look for ‘unicorns’. The odds are stacked up against the ones that just invest in single ideas at a time.

4. Don’t be aggressive. Stopping ideas too soon is almost as terrible as stopping them too late. A balance needs to be found when it comes to ‘killing’ ideas. The product teams need to be give enough time-runway to be able to come up with conclusive evidence that the idea they are working on will succeed or fail. The tricky bit is to define what ‘enough time-runway’ means.

5. Use dynamic budgeting — act like a VC investor. Instead of signing off a lump sum in the beginning, try to start the teams off with smaller amounts and offer them the chance to get further investments if they prove they are on the ‘right track’. There’s 2 direct benefits of doing this. First, lowering the initial investment will result in the cost of innovation to go down (point #2). Second, the freed up financial resources can now be used to simultaneously kickoff multiple ideas — the company will be able to play the VCs’ numbers game (point #3).

6. Facts over faith. The governance system needs to be fact based. If the facts point to the conclusion that the project will not end up being successful, the project needs to be stopped immediately. Don’t listen to HiPPOs.

7. Governance design is an iterative process (probably the most most important lesson learned). We played multiple rounds before — as a group — we came up with the success formula that offered the biggest ROI. Every time we were capitalizing on previous attempts. In the same way, when designing a governance system an iterative scientific process needs to be followed. More on this in an upcoming post.

Again many thanks to the organizers and the people that helped design the game.